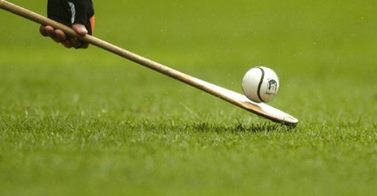 As riots raged in Belfast this summer and bricks, bottle and petrol bombs were thrown, a group of young Protestants and Catholics took lessons in a different kind of hurling.

The teenagers – aged 13 to 18 – travelled to County Clare in the Republic of Ireland to talk about what fuelled the anger in their communities.

They tried “kicking with the other foot” and scored a lesson in understanding.

Some were from Belfast’s Newtownards Road – the scene of rioting over the Orange parades issue.

At the Burren Outdoor Centre in County Clare, they walked – and marched – in each other’s shoes; discussed flying flags and waved their first hurley sticks.

They learned about the background to the Gaelic Atheletic Association (GAA) and its links to republicanism. They also visited the Battle of Aughrim Centre centre to learn about the Williamite wars.

About 24 young people from east Belfast took part in the most recent programme.

The summer scheme has been running for nearly 20 years and is organised by the South Eastern Education and Library Board (SEELB) in Northern Ireland.

The young people got involved in role play to explore how it felt to be “on the other side”. They imagined a parade and a protest.

Some were marchers and some were residents. Others played the Parades Commission. They even used plastic bottles stuffed with tissues to represent petrol bombs.

A Protestant girl played a Catholic resident, arguing about Orange parades passing through her area.

“It was off-putting seeing what it does to them, us going through their area,” she told Brian O’Connell, reporting for RTÉ’s Today with Pat Kenny.

“It made me understand why the police are not letting our side through.”

For Brian O’Connell, it was satisfying to see how much the young people learned from their summer camp.

“These kids have engaged with each other and there is a mutual respect and determination really not to allow the tribalism of the past to impact on their future,” he said.

“It was interesting to watch the parade issue. Both sides felt the Parades Commission was the enemy. I was struck by the gulf that seemed to exist between the pre and post 1999 generation.

“Many of these young people could not understand the opinions of the adult generation and yet these adults are setting the agenda.

“Personally, I felt that the young people did not seem to take much convincing. I feel that the adults could benefit from these courses.”

Another exercise involved a room full of flags and an invitation to the young people to stand under the flag that was “theirs”.

One child stood under the Indian flag because it best represented their ethnic background. But another pointed out that the colours were also those of the Irish flag.

“If that was found hanging in our area, it would get burned and spat on because it is like an Irish flag,” she said.

And there was also a lesson in hurling for the group in which just one of the 25 members had ever previously wielded a hurley stick.

Matt Milliken who manages the programme for the SEELB, said: “We bring the young people out and get them away from the conflict issues that they are facing.

“In the north we are very good at avoiding talking about the difficult issues. The peace process sometimes papered over the cracks.

“You work out what tradition somebody belongs to and then you avoid things, you keep to safe subjects.

“Essentially this programme gives young people the space to talk about things that they would not discuss at home. They can experience first hand how it is to build a community that can support difference and accommodate each other’s cultures. ”

The course is an opportunity to speak openly about differences. In all, three groups travelled from Northern Ireland this summer.

It also offers a chance to learn new skills. For young Protestants from the Newtownards Road and Ballybean estate in Belfast, there was a chance to speak Irish.

“I have only picked up one word,” said one of the girls, “It’s Garda … the Irish for police.”

No tweets were found.